Today we have sabre drill. A girl practicing fencing with her coach. The prompt was blade. I took the time to do comic book style shading and highlights this time.

I did my best to get the lunge position and the clothing correct. My husband fences, so I got a bit of advice from him on that. The coach is based very roughly on his coach and this drill is very common for beginning sabre fencers.

Sabre is the hack and slash style of fencing. Foil and epee are the pokey styles. My daughter is deeply disappointed I drew sabre instead of epee. She thinks epee is the best. But sabre just doesn’t have as nice a sound effect. SMACK!

Here’s a new one for that same series I’ve been working on.  Seems our girl has been texting in class. 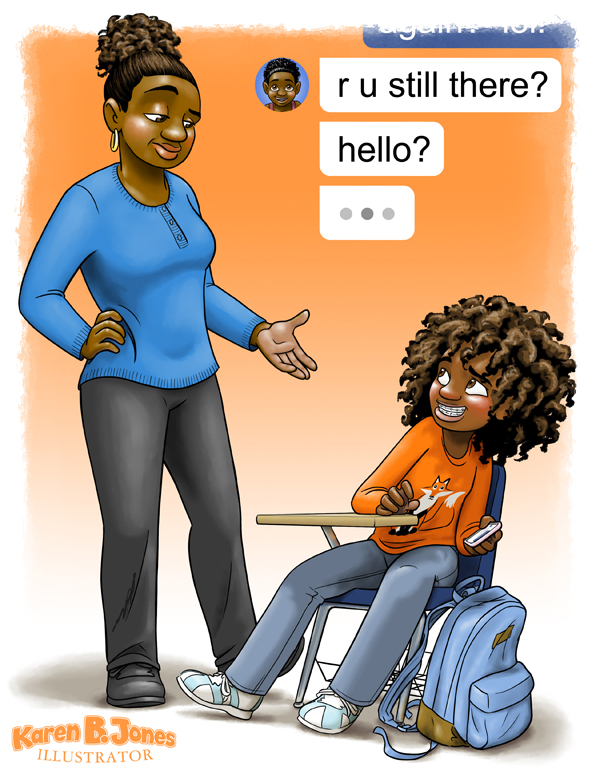 Here’s the twelfth of thirteen images. 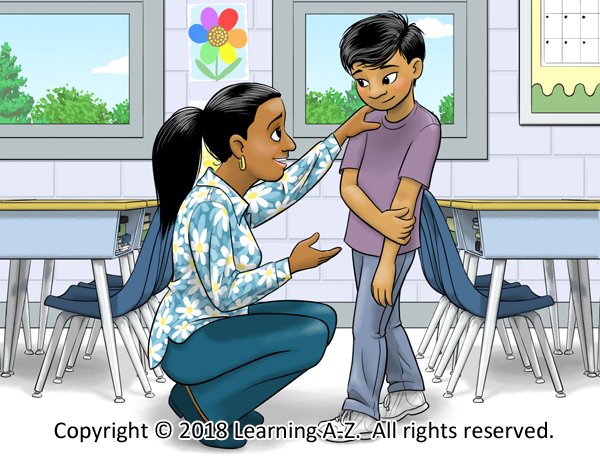 Here’s the tenth of thirteen images.

Here’s the ninth of thirteen images. 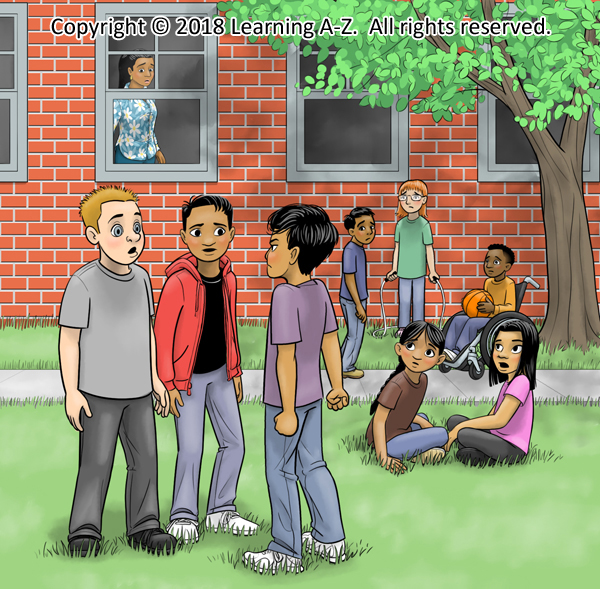 Here’s the third of thirteen images.

Here’s some images I just finished for Hart McLeod. 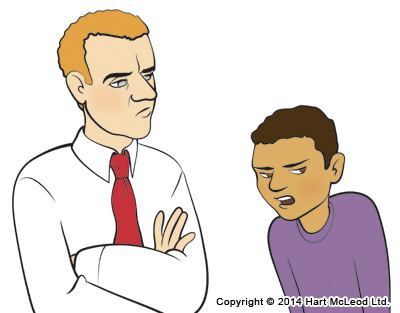 I drew this as a sample for my art rep.  It’s supposed to be a class, led by a male teacher, performing the traditional Chinese dragon dance at a community Chinese New Year celebration.  The teacher is on drums, Steven (the narrator) is on cymbals, a girl holds the dragon’s head, and four other students hold the body of the dragon.  Genders should be balanced.  The class should be mostly Asian, but with two non-Asian characters.  The students live in a non-Asian country.  It’s for an international market, so the usual restrictions as to gestures and girl’s dress apply.  Showing children with glasses or disabilities is encouraged.

Chinese New Year is in February, so I figured it was a chilly day.  The sort of weather where some people wear their heavy coats and others stick it out with a jacket or heavy sweatshirt.

There were no specifics on Kevin.  So, I made him sit in a wheelchair.  It gave him a reason to be out in front and the seated position worked better for placing everything, I thought.

I know next to nothing about Chinese New Year traditions.  Or the dragon dance.  Everything here used references from a Google image search.   Does anyone reading this know anything about this subject?  Have I drawn anything that stands out as obviously wrong?

How do the colors look?  Anything too bright?  Does the background overwhelm the foreground?